Ectopic pregnancy, is referred to as a fertilized egg located outside the inner wall of the uterus and begins to grow. 98% of etopic pregnancy occurs in fallopian tubes, however, it may occur in other places such as the ovary, cervix and abdominal cavity. One in 50 pregnancies may be one out of the womb. The main risk posed by an extra-uterine pregnancy is a rupture leading to internal bleeding. Before the 19th century, the risk of death from extra-uterine pregnancy exceeded 50%. 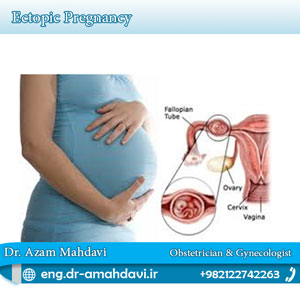 Pelvic infections are commonly caused by organisms that are sexually transmitted or other factors. Typically, the inner wall of the fallopian tube is covered by bumps that resemble hair, called silica. Silica helps the oocy to slowly move the ovary to the uterus. If silica is damaged due to an infection, the transfer of eggs is impaired, and the fertilized egg fails to reach the uterus, and consequently an out-of-uterus pregnancy occurs. The obstruction and adhesion of the fallopian tubes also have the same effect.