In this method, and due to series of medical procedures that lead to ovarian stimulation, as well as the growth and maturation of the oocytes present in them, the oocytes that reached puberty, are removed by surgery and with ultrasound guidance through the vaginal wall and with mild anesthesia. In the embryology laboratory and depending on the method of fertilization, sperms are placed in spraying containers in the special condition, and injected into each of the oocytes. After the fertilization stages, the eggs are placed inside an incubator (that is, the temperature, specific humidity and gas conditions are provided).

The fertilized oocytes begin to perform cell division in special conditions of the incubator. After 48- 72 hours of holding the embryos in the laboratory, the culture containers are removed from the incubator and evaluated for the formation of embryos and their growth status and quality are recorded. Following the evaluation of the embryos and the assessment of their growth and quality, the appropriate number of embryos based on their quality, the history of previous treatments of the patient and the specific age of the mother, and the transfer of high quality embryos to the uterus, where the embryos can develop the stage It is natural to continue there. This technique is a good way to help patients whose fallopian tubes have been damaged. Also, this treatment method is used in cases of endometriosis, severe infertility in men, and many other things.

Initially, your doctor will prescribe the use of an oral contraceptive in the first days of a period to prevent ovulation. After 2 to 3 weeks of taking the drug with ultrasound, the condition of the ovaries is checked. In the normal state, the drug, called Lupron, is injected intravenously. Symptoms such as vaginal dryness and redness of the face may occur after the injection of this medication. 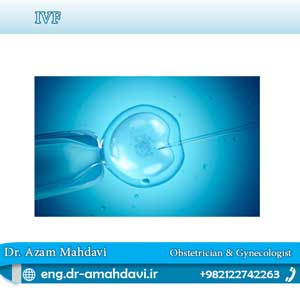 Follicular stimulation
1 week after the injection, another sonography should be performed. This is because there is no ovarian cyst (side effects of Lupron). Another doctor prescribes another drug called Conlalf to stimulate follicles and reduce the amount of previous medication used. The effect of new drugs increases ovulation. The number of oocytes is that we need more eggs to fertilize to do ivf. In some cases, several fertilized eggs are present in the womb, causing multiple embryos. On day 5 or 6, a folic acid drug is used to measure estrogen hormones. Transvaginal sonography is also used for this study, and these studies are performed until the puberty of the ovarian follicles is reached.